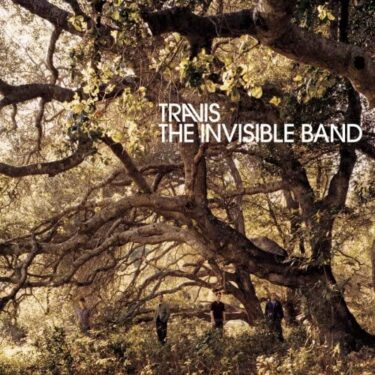 In this issue, we have created a ranking of Travis.

Choosing a song by this band is quite difficult.

There are just too many good songs.

It is impossible to cover all the good songs, but I have introduced only some of them.

They are all delicate and gentle songs. 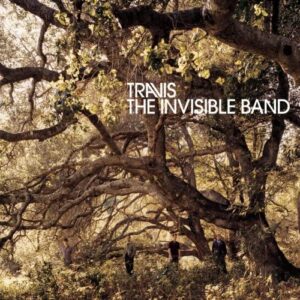 First, I would like to write about the album name.

The album title, “The Invisible Band”, is a statement of the band’s character.

It means that the music is more important than the band.

To put it another way, as long as the songs are good, there is no need for the band to exist.

This is not usually the case.

Normally, this would not be the case, because expressive people have more ego than others.

But in this band, there is no sense of self-expression.

I always feel that way when I listen to this song. 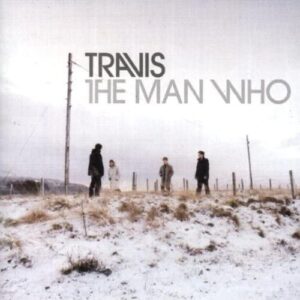 This song uses the same chord progression as Oasis’ “Wonderwall”.

The word “Wonderwall” appears in the song, and it is also an Oasis-approved song.

The Gallagher brothers had high praise for Travis’ debut album.

Later, Travis was hired as the opening act for Oasis and accompanied them on their live shows.

He had this episode.

“I was walking backstage, and Liam was sitting there, and he said, ‘Come here.

I was very nervous, but I picked up my guitar and sang a song.

It was Fran, the vocalist, who sang.

It seems that Travis and Oasis met in a very wonderful way.

There are a few legends about this song.

At one of their live performances, it was sunny, but when they played this song, it suddenly started to rain.

Incidentally, they played this song in the rain at Fuji Rock Festival, where they have performed twice before.

They are from Glasgow, Scotland, and Glasgow is a place where it rains a lot.

It was also raining all the time when Fran was writing the lyrics for this song.

It could be said that this song was destined for the rain. 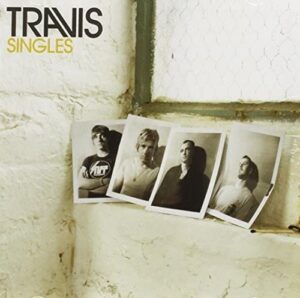 I don’t recommend that you just listen to the best of this band.

The original album is excellent.

When you buy the best album, it is better to buy the songs that are not included in the album.

By the way, this album has the following songs not included in the album.

“Walking in the Sun”
“Coming Around”
“The Distance”
“Bring Me Round”

Please note that the last song is only included in the Japanese version.

This is one of their best songs, so it’s worth buying it just for this song. 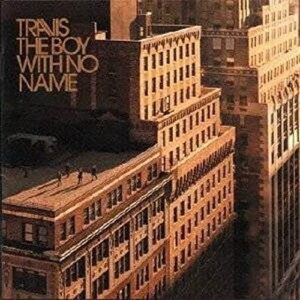 This album doesn’t have the same special atmosphere as the previous ones, but it contains all good songs.

As for the other song “Selfish Jean”, I’ll just post a link to it.

Later on, they became more pop-oriented, and this album seems to have been a turning point for them.

I didn’t pick up from “Where You Stand” and “Everything At Once” this time, but they are also substantial works.

So far they have not had any bad albums. 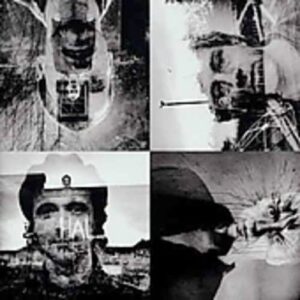 This album is a serious album in general.

The serious accident of drummer Neil Primrose and the fact that Fran was suffering from depression may have had something to do with it.

However, there are many great songs on this album.

I’ll just post a link to the single cut “Re-Offender”.

The song above also deals with the heavy subject of domestic violence.

Both songs are serious, but I think they are very beautiful. 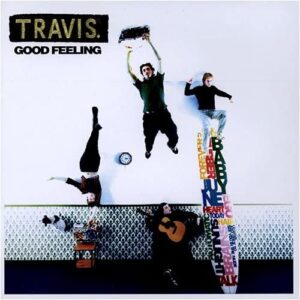 This is a song from their first album.

At that time, they had not yet found their own personality.

If I had to sum up the music of the time in one word, it would be Britpop, but I don’t think that suits them!

But if you don’t think it’s Travis, it’s a good song.

Fran’s singing style is quite different from today.

At the time, Fran was only 24 years old and was still in the process of finding her own personality.

In addition to Fran, there is one other important person in this band.

His guitar is the key to the sound of this band.

He also played the banjo a lot in the early days, and it was very effective.

This song is a prime example.

His banjo adds to the organic appeal of this album.

The video of this song shows a scene of a dinner party.

The ladies and gentlemen are throwing food around in a big way.

I don’t think it matches the lyrics or the tune, but it’s exhilarating to watch. 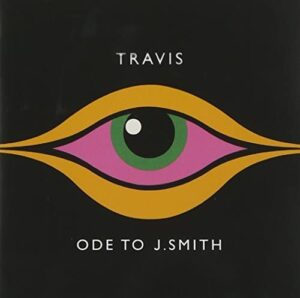 This album changed a lot in terms of sound.

I think their four greatest albums are “The Man Who”, “The Invisible Band”, “12 Memories” and “The Boy with No Name”.

When this album was released, there was a lot of disappointment around me.

Their last album was more pop-oriented, but this album has more rock-like songs.

The song “J. Smith” is a symbol of this.

Here is a link to it.

I was disappointed at the time, but now that I listen to it again, I don’t think it’s so bad.

Last Words” is a song that is relatively close to their earlier work.

This song is about a person who has lost his place to return to.

The lyrics are said to be harsh.

Incidentally, the band name “Travis” is taken from the name of the main character in Wim Wenders’ movie “Paris, Texas”.

The man in that movie, Travis, disappeared, leaving behind his wife and children.

In other words, he is the man who became “Driftwood.

The movie was not a scathing portrait of him.

If you want to understand more about this band, please watch “Paris, Texas”, which is the origin of the band’s name.

The scene where Travis talks about the reason for his disappearance through a magic mirror is very moving.

If you listen to it after watching the movie, you may get a different impression from this song.

I think the success of this band was largely due to the contribution of producer Nigel Godrich.

With “The Man Who,” they changed their musical style completely.

The band has been reborn as a band that lets you listen to their songs carefully.

With this album, they became known as Britain’s national band.

They even headlined the Glastonbury Festival.

This song is one of the highlights of their live performances.

They are more than just an introspective band.

They are more than just an introspective band because they have these big scale songs that unite the audience.

I’ve heard that this song gets a big chorus at their live shows, and it certainly makes me want to sing it out loud.