In this issue, we have created a ranking for U2.

They may be the best rock band in the world since the 1980s.

It is as if they were chasing their own ideals, and the legends followed.

They are a band that reminds us of the importance of pursuing our ideals honestly.
de
This time, I’ve selected songs from their debut to “Pop”. 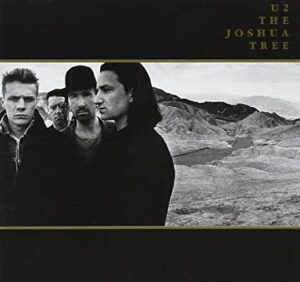 The three songs at the beginning of this Album have all been cut as singles, and all three have reached number one.

There are many theories about the interpretation of this song, such as that it has a religious background, but it is certainly very confusing.

Here is my interpretation.

At the time, they were involved in various charity events and were interested in social issues.

This album also contains a number of songs with political content.

They were a very serious band and did not turn away from such various issues, but actively tried to commit to them.

Even if they were satisfied with their personal love life, they seemed to be appealing to us how we should live in this world where problems are piling up.

With this song they reached the top ten in the UK singles chart for the first time.

It is not simply a song about the New Year, but a song with a political statement.

The song was written in support of Solidarity, the trade union of President Walesa, who later became the President of Poland.

Poland, which was a socialist country at the time, was experiencing a wave of democratization.

U2 expressed their support for the democratization movement in this song.

In other countries, many celebrities sometimes use their influence to make political statements.

At that time, however, U2 was not so famous or influential, but they were still making political statements.

In 1982, when this album was recorded, martial law was in effect in Poland.

Solidarity was gaining strength even in this situation, but then the members of Solidarity were detained by the authorities one after another.

This song expresses our protest against such oppression.

Even though the new year has begun, it seems that nothing has changed. But we can break through this situation.

That’s what this song is about.

This song was selected from their masterpiece, “The Joshua Tree”.

I looked up the meaning of the term “The Joshua Tree” to begin with.

The Joshua Tree National Park is located in the southeastern part of California in the United States, and it is a tree that lives there. 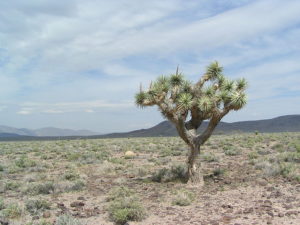 I thought it would be a lush green place because it is called a national park, but it is more like a desert.

However, despite being in such a place, the tree has surprisingly thick and splendid branches and trunks.

It is my own interpretation, but I thought that “The Joshua Tree” is an image of a tree that lives strong even in a desolate land.

The song title is “I Still Haven’t Found What I’m Looking for”.

I wonder what kind of hope they were trying to find in this desert-like place. 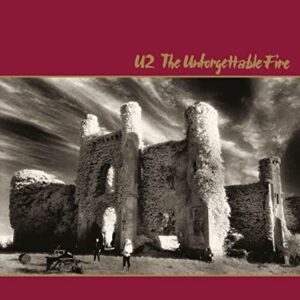 This song is dedicated to Dr. Martin Luther King, Jr, the leader of the American civil rights movement.

Dr. King was calling for a society where people could live equally regardless of their skin color.

In terms of music, this album was a major milestone.

Their previous album “War” had made them one of the most popular bands in the world, but they took a gamble by changing their producer for this album.

Stephen Lillywhite was replaced by Brian Eno and Daniel Lanois.

At that time, they were really growing and changing as if they were shedding their tight shell.

Maybe they feel that once they have achieved one thing, they need to change in order to move on to the next.

In this song, they sing about wanting to break down the walls.

So where do they want to go after breaking down the walls?

They are trying to get to “Where the Streets Have No Name”.

We may all have that fluffy feeling of “somewhere other than here.

In this song, The Edge’s guitar cutting is repeated so relentlessly that it seems foolish.

I think this song is a good example of their pursuit of the ideal. 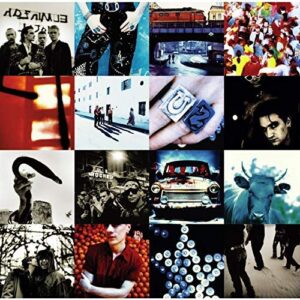 I think the six songs up to this one are the “Six Greatest Songs”.

I ranked them for convenience, but any one of them could be number one.

They changed a lot with this album. They moved closer to dance music.

I like music that makes use of such technology, but I thought it would be difficult to judge them by the same standards, so I limited myself to only rock music this time.

If you listen to the trilogy again, you will notice that many of the slower songs are conventional.

And they are all great songs.

This song may be a representative of such songs.

In this song, the father tells his son, who has confided in him that he is a homosexual, “We are one.

We are one. But we are not the same.

I think this is a meaningful statement.

This song gives us a glimpse of the ideals that Bono, who wrote the lyrics, is pursuing. 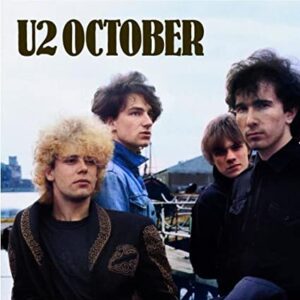 When I talk about U2 with people, surprisingly many people say that this second album is their favorite.

Incidentally, I’ve never met anyone who said that “Rattle and Hum” was their favorite, though.

Wikipedia, however, says that this album is not popular.

It’s true that this album is rather plain.

However, it is an album where you can easily find your own masterpiece because of the variety of songs.

Also, many of the songs on this album are about religious conflicts, which may make it difficult to understand their arguments.

Incidentally, the members are all devout Christians.

However, Adam Clayton seems to be a completely different type.

Adam is the most extroverted of the U2 members, but he has also been involved in many scandals and seems to have a rock star temperament.

In the album jacket above, Adam is the blonde on the far left.

Maybe it’s because of his hair color, but doesn’t he look a little mischievous while the other three look like troubled young men?

As you can imagine from the Song Title, this song deals with a political theme.

It deals with the “Bloody Sunday” incident, when the British Army opened fire on unarmed civilians, resulting in deaths.

However, they do not seem to be defending the anti-British movement in Ireland, but condemning the use of force.

To avoid any strange misunderstandings, when this song is played live, they hold up a white flag to show non-violence.

The white flag appears at 3:01 in the video above, and Larry Mullen Jr.’s drumming in the march rhythm is wonderful.

Larry Mullen Jr. has been a member of a marching band for a long time, so his experience may have come into play in this song.

They were produced by Brian Eno and Daniel Lanois from this album.

In terms of changes from this album, people tend to focus on the sound.

I think there are some changes in the sound, but I don’t think they are that big.

The Edge’s guitars have always had a distinctive acoustic treatment, such as on “New Year’s Day”.

The razor-like cutting of the guitar and the sound effects with delays and echoes were created by Steve Lillywhite and the Edge.

However, Brian Eno and Daniel Lanois seem to have made the hot parts hotter and sharper, and the cool parts cooler.

This is a song where you could almost say that Kittar is the star, but they have taken out the edge features and focused on them thoroughly.

It’s a great example of how the production is more crisp and clear while keeping their individuality intact.

This song was written when they were at their hottest and most passionate.

This album jacket is very famous, and the model seems to be the brother of Bono’s friend.

This boy appears again not only on the first album but also on the third album.

At the time of the first album, he still looked like a child, but three years have passed since then, and he has grown into a boy with sharp eyes.

This change seems to be a direct result of the band’s growth and the strengthening of its socialist stance.

Incidentally, in the video quoted above, the boy appears at the 47-second mark.

His name is Peter Rowen, and he is a very pretty boy who later became an actor and photographer.

Now this song is a straightforward love song, which is unusual for them.

It’s a passionate song about two hearts beating in unison. 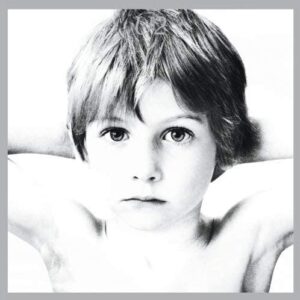 This is a selection of songs from the first Album.

The members in the promotional video look so new.

Bono, who has a dignified look now, had a baby face back then.

Bono lost his mother when he was a child, and this song is about his feelings of longing for her.

In his imagination, he meets his mother, but she thinks that Bono should not come to our world and tries to leave.

The album jacket also features an innocent boy in keeping with the theme of the song. 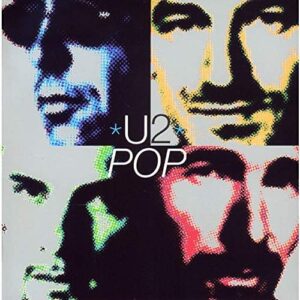 They were not that familiar with music in the beginning.

I read an interview once where they said they were very embarrassed because they didn’t know any of the famous artists that everyone knew.

They were about 20 years old when they made their debut, so it was understandable that they didn’t know much.

But after that, they greedily absorbed a variety of music.

Their musical transition is a history that they learned through their own bodies.

That’s why their music doesn’t feel borrowed; it feels real and compelling.

You only have to listen to this song to understand that their music is real.