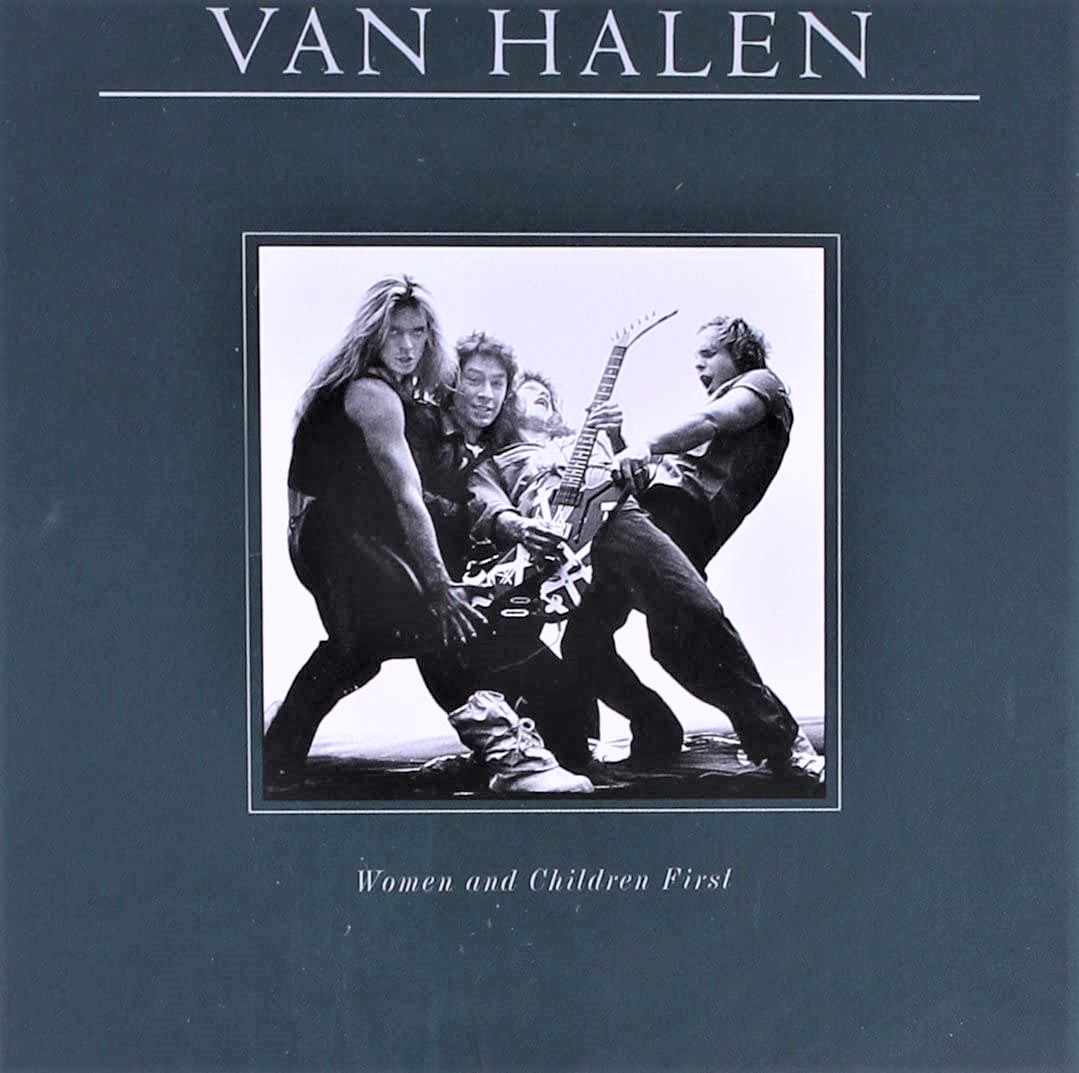 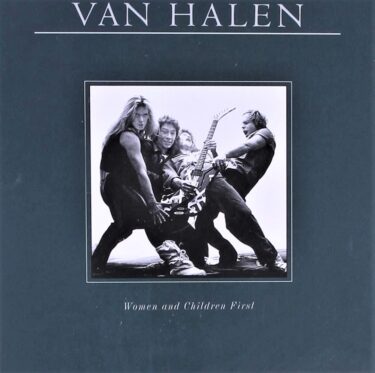 In this issue, we have created a ranking of Van Halen.

This band tends to get a lot of attention only for “Jump”.

There are probably only a few other songs that are generally known in Japan.

However, there are many more songs that cannot be missed. 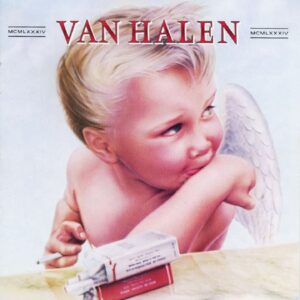 This song features a synthesizer riff, which is played by Edward Van Halen on guitar.

In fact, Eddie had been wanting to use more synthesizers for a long time.

However, David Lee Roth and producer Ted Templeman stopped him from doing so.

Eddie had also thought of a synth riff for this song two years ago, but Dave in particular refused.

However, Eddie’s opinion was eventually accepted and the song became a big hit.

It seems that Eddie and Dave’s relationship was deteriorating at the time, and Dave left the band after this album.

After that, he surprised me by coming back to the band for “A Different Kind of Truth” in 2012. 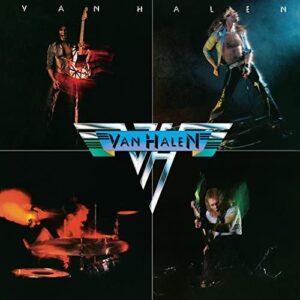 This song is by The Kinks.

They seem to like The Kinks, and have also covered “Where Have All the Good Times Gone!

This song was their first single and reached #36 in the US.

At that time, they were a new band, so they didn’t have much say.

The decision to cut the single was made by the producer, Ted Templeman.

They were not happy about having this song as a single, though.

If they had chosen their own song, “Jamie’s Cryin” would have been a candidate.

It seems that Ted Templeman was right about this one. 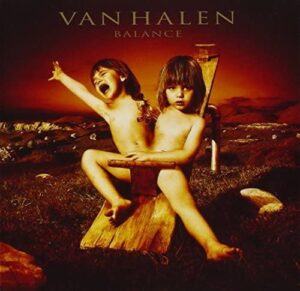 This is a song from their 10th album.

At the same time, it was their last album with Sammy Hagar.

The next album, Van Halen III, with Gary Cherone on vocals, was not bad either.

However, this was the last album of the Sammy era.

This band is good on vocals and guitar.

I tried to listen to the songs again, paying attention to Michael Anthony on bass and Alex van Halen on drums.

But I couldn’t help but listen to the vocals and guitar.

This song was written in reference to Ray Charles’ “I Can’t Stop Loving You”. 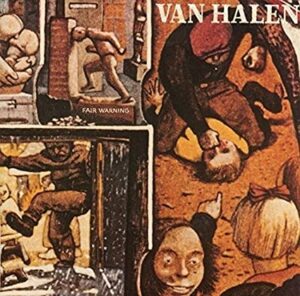 I used to play guitar and bass.

I was already in a band with a guitarist, so I played bass, but at home I only played guitar.

Then one day, a friend recommended this song to me.

I remember being so shocked by the intro guitar that I listened to it again and again.

I thought there was no way I could copy this song.

I had no idea how he played it in the first place.

With this song, Eddie may have forced guitarists all over the world to do a treadmill.

I wondered if I could copy this song after hearing it.

For me, it was difficult.

I know the tapping, harmonics, and other parts of it.

But I still don’t know how to play it. 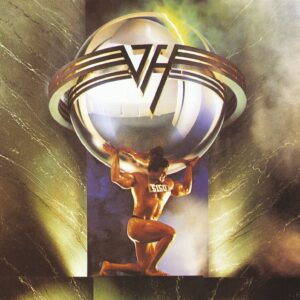 From this album, the vocalist was replaced by Sammy Hagar.

Sammy Hagar was already a proven performer in Montrose and solo activities.

Fans often talk about whether they prefer the Dave era or the Sammy era.

I honestly think they are about the same. I can’t decide.

But if you ask me which is the best album, I would say this album without hesitation.

The music is just amazing.

Although Eddie seems to be the main songwriter, the songs are always co-written by everyone.

However, before this album, there were always two or three songs that were not as good as they should have been.

Maybe we needed another person who could write songs.

With the addition of Sammy, we now have an album full of good songs. 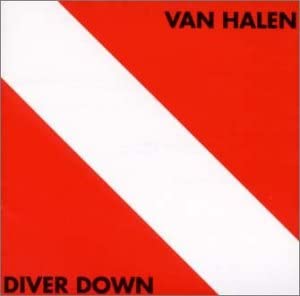 It may be the least popular album before “Van Halen III”.

It sold well thanks to the huge hit of “Oh Pretty Woman”.

However, there are a lot of cover songs and jazzy songs that don’t fit the album, and there is no sense of unity.

The album cover also has a lazy feel to it.

However, some of the songs are good, and I really love this song.

One song before this one is called “Little Guitars (Intro)”.

After a 40-second Spanish guitar instrumental, the main song begins.

This is a selection from their debut album, released in 1978.

Eddie was born in 1955, so he’s been in the band since he was nine years old.

Since then they have been making steady efforts, such as handing out flyers at local high schools before their gigs.

Then they were scouted by Warner Brothers and finally got a contract.

In spite of their talent, they had to work hard for a long time.

However, during that time, they were able to establish their own style.

This song is still very popular among fans.

The riffs are great, but the guitar solo that starts at 1:22 is the best. 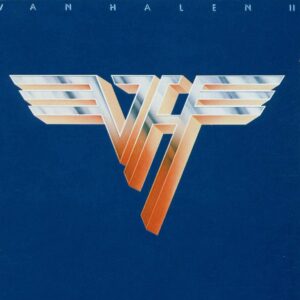 The second Album with this song became their first Top Ten hit.

It was from this second album that they made a big leap in terms of sales.

The dry guitar tone in the introduction and the lyrics about partying.

It is a true American rock song.

The sound was hard, but it was not heavy metal.

This type of music may be similar to Kiss.

Actually, before their debut, they received financial support from Gene Simmons of Kiss to make a demo tape.

Gene must have seen that they had the same characteristics as they did.

Eddie’s guitar playing is famous for his light hand technique.

Here’s a link to the famous song “Eruption”.

I have also copied the part from about 57 seconds on.

It may sound difficult, but with practice, anyone can play it.

However, Eddie has a free imagination, and it is not enough to just imitate the form.

Eddie’s riffs and solos are both excellent, and he is able to combine a high level of perfection with a flexible style of playing.

His fast playing is also excellent.

For me, he is an eternal longing.

I think he is like Son Goku in Dragon Ball.

It seems that there were quite a few twists and turns before the vocalist was changed from Dave to Sammy.

Various candidates were considered, and Patty Smyth’s name was among the candidates.

In the end, Patty turned him down, though.

But one day, Eddie was introduced to a man.

That man was Sammy Hagar.

They hit it off and made this album.

He’s not a genuine entertainer like Dave, but he’s probably a better professional singer.

With his addition, the band has been able to create a different kind of appeal with ballads. 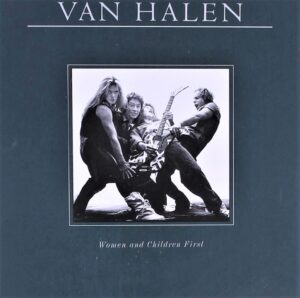 This is an album that is not commonly heard, but you can’t miss it.

It doesn’t contain any of their best songs, and it was a hard album to sell.

The album as a whole has a lot of dark songs, and may be a rather plain album.

The first two albums were loud and cheerful party rock, but they suddenly changed their style.

The first two albums were loud and cheerful party rock, but they suddenly changed the course of their music, and legitimate hard rock fans may like this album the most.

There is one more song from this album that I would like to introduce.

Van Halen – In a Simple Rhyme

If you are a fan, this is the album you need to hear. 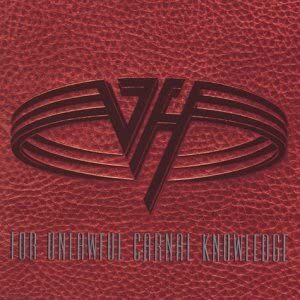 If I were asked to choose only three albums by this band, I would choose the first Album, “5150”, and this Album.

The songs on this album are very good.

It didn’t take much time to choose the songs for the other albums this time.

However, it took me a long time to select this album.

Poundcake”, “Judgement Day”, and “The Dream Is Over” are almost as good as this album.

There are also many other good songs, so it might be better to listen to the album as a whole.

I decided to include a song with a slightly different trend, and decided on this song.

This song unusually has a piano in it.

It’s really a great song to listen to.