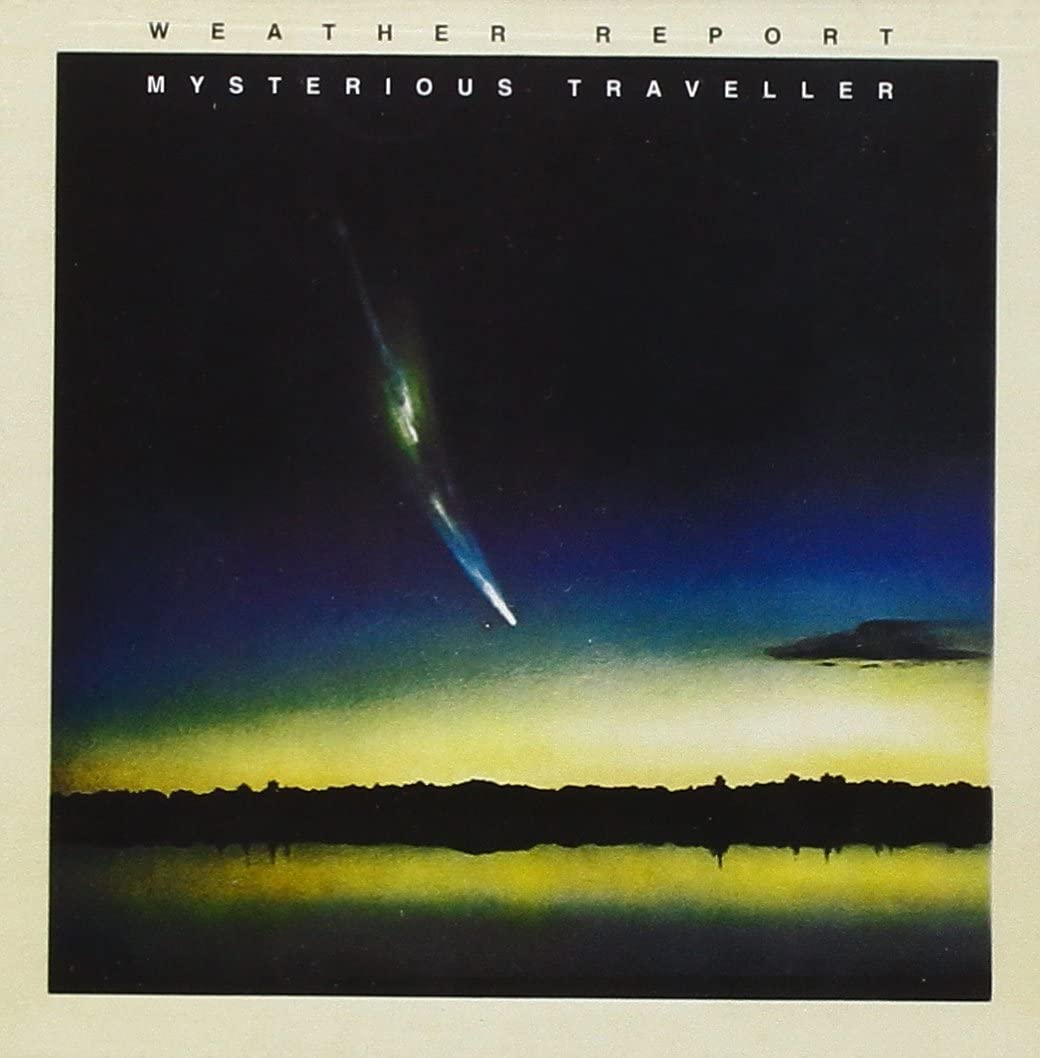 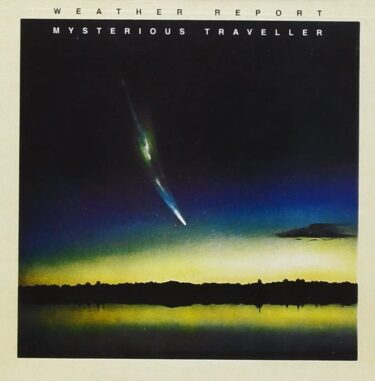 I have created a ranking for Weather Report.

They are a perfect fusion group in terms of their music, playing ability, and group expression.

I selected songs mainly from their mid-period, which is considered to be their heyday.

Their music requires concentration, so it cannot be used as background music.

But they are worth listening to. 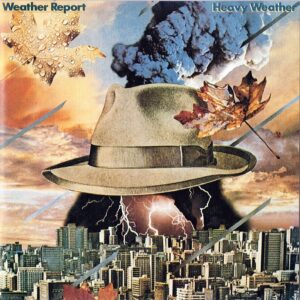 This is the band’s classic and most famous and well-known song.

The popularity and fame of this song may go beyond the boundaries of jazz/fusion.

It starts off with Joe Zawinul’s heavy keyboards that build up a sense of anticipation.

Then, at the 18-second mark, there is a moment of what sounds like guitar playing.

It is a bass playing.

It is played by Jaco Pastorius.

The part that sounds like a guitar is called harmonics, which is a technique often used in guitar.

Normally, when you press down on a string with your left hand, you put some pressure on it, but in the case of harmonics, you only lightly touch the string.

The reason why we play in such a way is that it allows us to produce higher notes than we can normally produce.

When you use harmonics on the bass, it sounds like a guitar.

It’s a technique that is usually used in single shots on the guitar as well, and not played as it is all the time like he does. 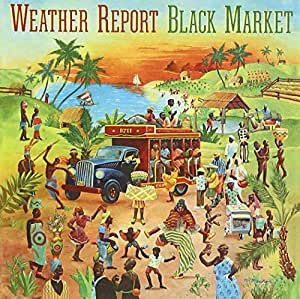 This song makes me feel like I have been sightseeing in Africa.

It is a very fun song, different from the image one might imagine from the word “Black Market” in the Song Title.

The development of this song is supposed to be a story.

The first buzzing sound is probably the black market.

From the introduction, Zawinul’s analog synth playing is wonderful.

Then, at 2:25, Wayne Shorter’s saxophone gives it a boost.

He may have just arrived at the site.

After that, the performance continues for a while, and then slows down a little.

I think they are returning home after having a good time.

At the end, there is the sound of fireworks going off. 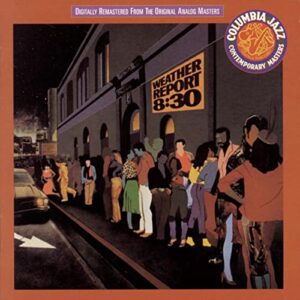 It is said that their best work is “Heavy Weather”, but I recommend this live album just as much.

Their playing is a little rougher in the live version.

Also, I have the impression that Shorter’s saxophone is used in special situations in this band.

However, Shorter is not used in that way in this song.

He is blowing hard throughout the song.

If you like this song, please listen to the “Live and Unreleased” version of “Freezing Fire” as well.

The intro of this song may sound like urban fusion.

Jaco’s bass from 36 seconds on sounds like a keyboard.

It’s a great song with a European feel.

Then at about 2:00, Jaco’s bass climaxes with Shorter’s saxophone, and it’s a beautiful moment.

It is a bass that is easy to play melodies on.

In this song, the characteristics of the fretless bass are well shown.

This song was written by Jaco’s predecessor, Alphonso Johnson.

It is said that this band was at its peak during Jaco’s time.

Jaco is a genius, no doubt.

But Alphonso is no less a player in person.

In this song, from 1:18 on, it is especially worth listening to.

The heyday of this band had already started when Alfonso was there.

Don’t miss the song “Cannon Ball” dedicated to Cannonball Adderley on this album.

This is the song where Jaco plays the bass. 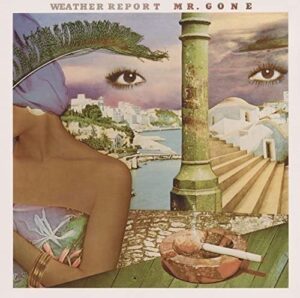 This album may take some time to understand.

It’s not as pop and straightforward as “Black Market” or “Heavy Weather”.

Listening to their songs again, I realized that Zawinul’s contribution to this band is significant.

This song was also written by Zawinul.

Zawinul was also the one who decided the direction of the band.

In their prime, their music was described as paradisiacal.

If you listen to his later solos and Zawinul Syndicate, you will hear that Zawinul was responsible for those parts. 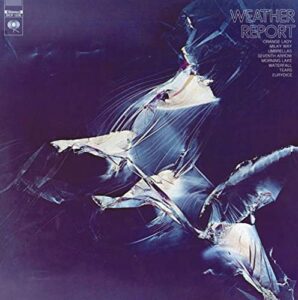 There are many great performances in the early days.

As a representative of them, I have chosen this song from their first album.

When I bought this album and heard the first song, “Milky Way,” I didn’t think it was very good.

I had already listened to Miles Davis’ “Bitches Brew” and “In a Silent Way” at the time, and after reading disc reviews that said it was similar to those albums, I bought this album.

However, when I listened to it, I was very confused because it is ambient music.

However, I remember that I was relieved when the intro of this song started as the second track.

The distorted bass in the intro is wonderful. 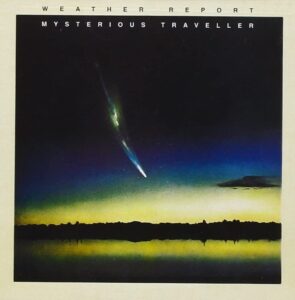 I try not to choose songs that are too long.

I try not to choose songs that are too long, because shorter songs are more time efficient if they are about the same length.

However, this song is over 10 minutes long.

The reason I chose this song even though it is over 10 minutes long is because it is a great performance that I cannot miss.

The band gradually shifted to a funk style.

Their second album, “Sing the Body Electric,” had the same style as their first album.

However, the third album, “Sweetnighter,” showed signs of change.

After that, the change in direction became more apparent in this album. 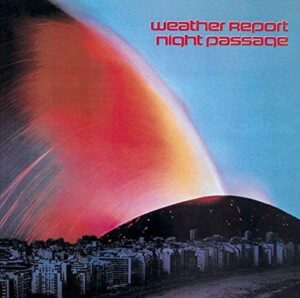 This time I didn’t choose a single song from the latter half of the year.

I listened again and again to see if I could find a good song.

However, I couldn’t find any songs that I wanted to introduce to you.

By the way, I consider the late period to be the following period after Jaco left the band.

“Procession”
“Domino Theory”
“Sportin’ Life”
“This Is This”

I’m sorry if you like these albums, but I feel they are too pop and not enough for me.

On the other hand, this album still has Jaco, and many people refer to it as their masterpiece.

Also, the cover of Duke Ellington’s “Rockin’ in Rhythm” became a topic of conversation on this album.

I recommend that too.

This is my favorite album up to and including the next one, “Weather Report (1980)”. 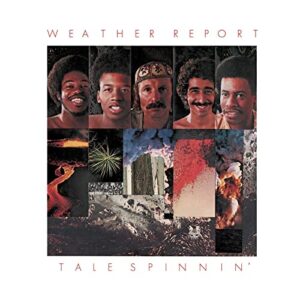 When this album was released in 1975, Shorter was at the peak of his career, having released the classic album “Native Dancer”.

After this, the band was led by Zawinul.

The band was led by Zawinul, but this resulted in a positive change for the band.

At the time, Zawinul had a fascinating vision.

Under Zawinul’s leadership, they were in their prime.

However, when Jaco left and they could not rely on Zawinul as much as before, Shorter did not take the lead again.

During his tenure, Shorter released a number of albums, all of which were masterpieces.

On the other hand, Zawinul also released a series of good works with a new band after the band broke up.

It seems that their musical talent had not been exhausted.

I think that in the later years of this group, the members’ abilities were not reflected in the quality of their albums.