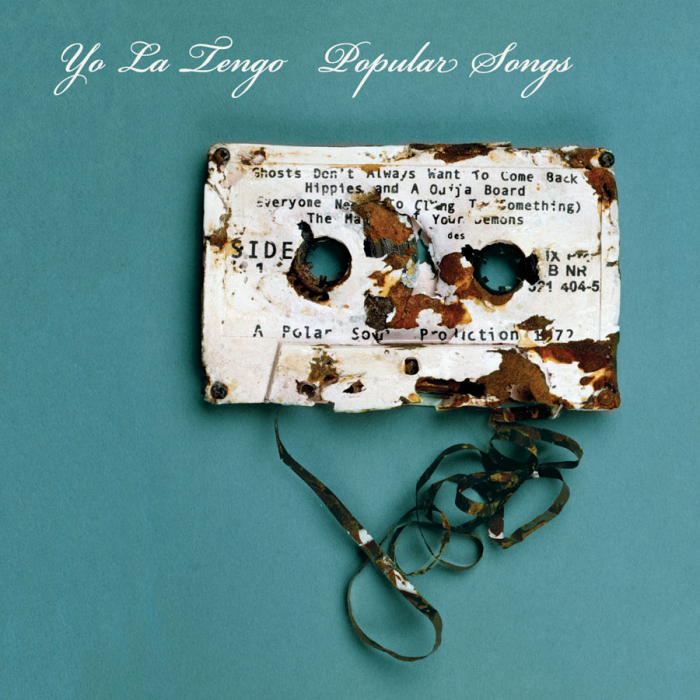 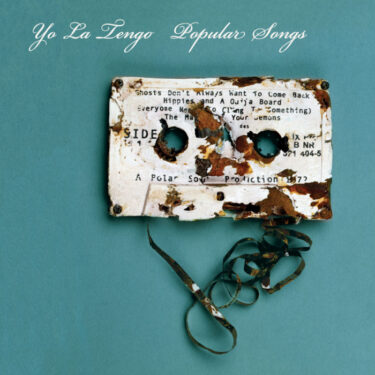 This time, I created a ranking of Yo La Tengo.

In the first half, I selected songs that are easy to listen to.

In the middle, I focused on their unique charm.

I placed the longest songs at the end of each side, with the A-side and B-side of the record in mind.

In particular, I think the last song, “Blue Line Swinger,” is a great masterpiece. 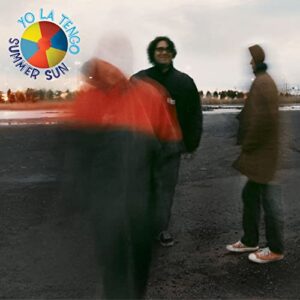 They shifted to a pop style with this album.

Their previous album “And Then Nothing Turned Itself Inside-Out” was an album that made me feel like I was at night, even late at night.

However, as the name of the album “Summer Sun” suggests, there are many bright songs on this album.

This song, in particular, could be described as guitar pop.

From the intro, you can feel the glittering particles of light.

The lyrics are also wonderful.

The whole album has a calm and gentle atmosphere.

No.2「Beanbag Chair」(Album:I Am Not Afraid of You and I Will Beat Your Ass) 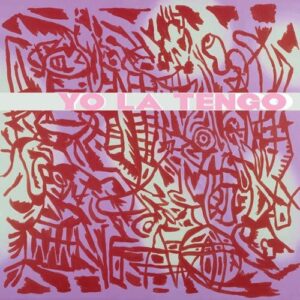 This album is a further step forward from their previous album “Summer Sun” in the pop direction.

There are many other good songs on this album, such as “The Weakest Part” and “Black Flowers”.

By the way, “Beanbag Chair” refers to a chair like this. 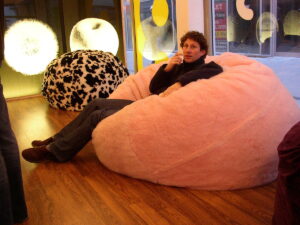 They are a three-piece band, and two of the three members are married couples.

They started dating after seeing each other often in a record store, and later got married.

I believe the two members of Swan Dive also met at a record store.

In Japan, this kind of thing may not happen very often.

Japanese people don’t talk to anyone in record stores, and there are not many female customers in record shops in the first place. 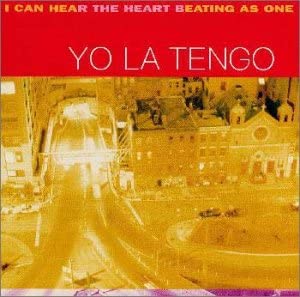 They can do vocals for all three of them.

I introduced two of them earlier, but a third man, James McNew, joined the band in 1992.

He sings on some of the songs, though not many.

This song is my favorite of them all.

His vocals are very thin, not like Ira Kaplan’s.

Stockholm Syndrome” is a phenomenon in which the perpetrator of a crime of hiding and the victim spend a lot of time together, and the psychological bond between them becomes stronger.

It is sometimes used as a song title, most notably by Muse and One Direction. 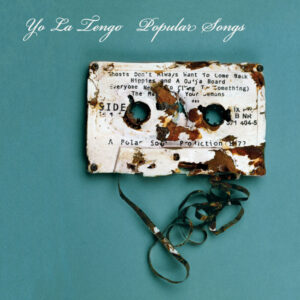 As the album name suggests, it contains pop songs.

However, in their case, I don’t feel that they are conscious of the sales line just because they went pop.

It is said that their best work is either “I Can Hear the Heart Beating as One” or “And Then Nothing Turned Itself Inside Out”.

Neither of them is a pop work.

In their case, their non-pop albums are more highly regarded.

The only reason they went pop after “Summer Sun” is that they simply did what they wanted to do.

This song was later reprised on “Stuff Like That There”.

It must be a favorite song of theirs. 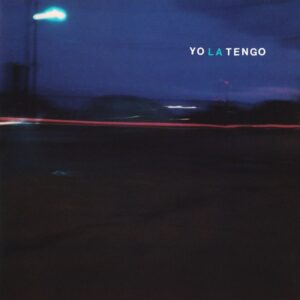 They used to have a “shoegazer” kind of feel to them.

The key to the performance side of this band is Ira Kaplan’s guitar.

I have a similar impression to Sonic Youth’s Thurston Moore and others.

Ira Kaplan was voted “Greatest Guitarist” by Spin Magazine in 2012.

He may be one of the most underrated guitarists of all time.

This song is also known for being covered by Teenage Fanclub.

Teenage Fanclub – I Heard You Looking

This is a faithful cover of the original song. 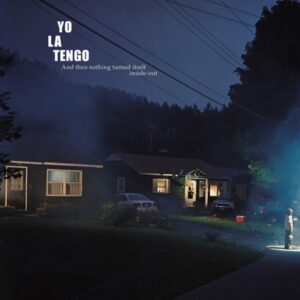 This song has a midnight atmosphere where the pieces of emotions scattered during the daytime are settling down.

It begins with a monologue-like vocal.

This album is often referred to as ambient, post-rock, or acoustic.

If you are interested in those keywords, please give it a listen.

The gaps between the sounds are a very imaginative space.

It will be the best background music for those who cherish the tranquility and moratorium of late nights and spending time alone.

It may be the most sedating song of theirs. 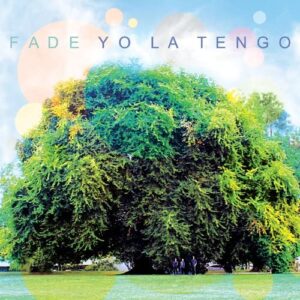 This song reminds me of The Stone Roses’ first.

Both of them are influenced by folk rock such as The Byrds.

Ira Kaplan used to be a music critic.

Their songs show a variety of musical influences.

The cover album “Fakebook” had a cover of Gene Clark.

Also on that album was a cover song by Daniel Johnston.

This is a folky interpretation of Daniel Johnston’s original song.

I have the pleasure of listening to their songs and imagining the influences of various artists.

No.8「Sugarcube」(Album:I Can Hear the Heart Beating as One)

I think this album is their best work.

The line that started with “May I Sing with Me” reached its peak with this album.

I think this album marks the peak of the band’s style, where intensity and silence coexist.

This album is full of great songs, and although I chose only two songs, there are many more I would like to choose.

Especially the moment when “We’re an American Band” ends and the last number below starts is the best moment of this album.

Yo La Tengo – My Little Corner of the World

However, on a song-by-song basis, I think it is appropriate to choose this song.

They were a bit lo-fi at this time, which is also attractive. 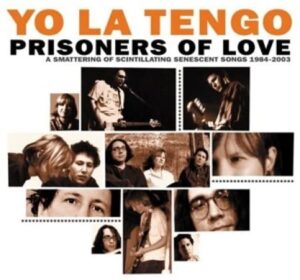 They have many songs that have not been recorded on their original albums, so you need to check out these best-of albums.

The original version of this song can be found on “Electr-O-Pura”.

This is the acoustic version, and the vocals are also done by Georgia Hubley.

They often release different versions of the song, but they are quite bold in their arrangements.

Some of them, like this one, even surpass the original song.

If you like this ranking, you must first get the original album and even this best-of album.

If you still want to hear more, check out “Genius + Love = Yo La Tengo”.

By the way, I didn’t cover the early albums this time.

However, the first album “Ride the Tiger” is amazing and you can buy any of the albums without any problem. 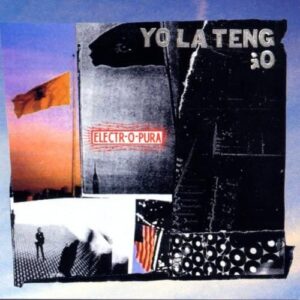 At over 9 minutes, this song is quite long, but in the case of this song, this length may be necessary.

This song was originally ranked first, but I dared to rank it this way because I wanted you to listen to it carefully at the end.

They have been with Matador Records, an indie label, ever since their last album “Painful”.

Compared to the majors, the indies have the advantage of being able to pursue the music they want to do.

Matador is known for having had bands like The Jon Spencer Blues Explosion and Pavement.

Neither of these bands are major label oriented.

In such an environment, Yo La Tengo was able to work on the music they wanted to do as much as they wanted.

This song seems to be the biggest result of that.

This song is very important to me, and I hope you feel the same way.